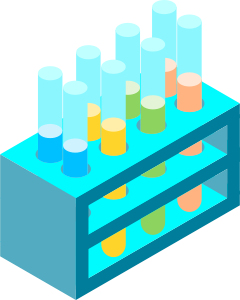 When testing for Cushing's, there are some standard tests that most up-to-date, in-the-know endocrine centers/doctors abide by. Of course, when one gets into the current research, combines the complexities ofmild/episodic/cyclic Cushing's with florid/classical (you know...the CIA operative "thang" I've mentioned before), and then adds a dash ton of no-one-uses-the-same-protocols, no wonder it gets confusing.

The Urinary Free Cortisol (UFC) test has long been touted as the "gold standard". The current concensus among those who test episodic (et al) Cushing's the most is that it is NOT, but for the sake of argument and time, let's go with it. Everyone being tested for Cushing's will have to do UFC's. You are a rare one if not.

The UFC is a 24-hour collection of urine. That part is pretty easy. You discard the first void, start timing from there and collect every single pee-pickin' drop (I know...it's "pea"...couldn't resist) for those 24 hours, ending at the same time you started. What happens to that urine is the big debate, both before and after collection. My endocrinologist and at least two other major endocrinologists who are experts in the field recommend refrigeration if it's not going to the lab immediately (and possibly even then) but NO PRESERVATIVE.


Well, getting labs to agree to that is like the debacle in D.C. right now over Medicare. It ain't gonna happen. The absolute no-no that I've been told over and over is hydrochloric acid (HCl) as a preservative. Boric acid is accepted by most labs. Acetic acid is mentioned occasionally. In a study done by ARUP Institute, they found "Cortisol concentrations in samples stored with the acids were higher by 30% than in samples stored without acid, possibly as a result of partial hydrolysis of sulfate and glucuronide conjugates. " Esoterix, the diamond of endocrine labs, prefers no preservative at all.


What is a UFC measuring anyway? Well, "free" cortisol is used by the body for various functions, but the thought behind the test is that this free cortisol is spilled into the urine if there is excess. One can get into the effect of cortisol binding globulin (CBG) and all sorts of other scenarios which make that not true for many folks, but I won't in this post. So, if there is excess free cortisol spilled into the urine, an average can be measured for a 24-hour period.


UFC's are not just used to measure cortisol, though. Most endocrinologists also want to test the amount of creatinine in the urine, and many want to also test 17-hydroxycorticosteriods (17-OHC's). When that is the case, now the lab protocol must include them and determine if a preservative and which preservative is necessary or optional.


I can tell tales about labs and how they handle this urine. Bacteria degrade the cortisol quickly at room temperature, and getting a lab to refrigerate it is a crap shoot (pee shoot?). You hope they will but often they don't. Measure/aliquoting a correct sample is another problem if there is more than one jug for a collection. I often collected more than one jug when my cortisol was high. The aliquot must be a mix of all samples so there is a proper average and the TOTAL volume for all jugs used in the 24-hour collection has to be recorded.


Some won't accept the collection if it doesn't have the what the person who is working at that time thinks is the correct preservative. I've been known to leave with my jugs in tow, call the lab manager, and go back when s/he is there. God forbid my hard work is wasted. Sadly, I have many friends with Cushing's who have had collections wasted due to inadequacy and nonunderstanding of proper protocols. Not MISunderstanding, mind you. NONunderststanding.


From experience and observation, I offer my humble opinion: Find a lab which will use one of the preferred methods above (not RIA), will refrigerate the urine until tested, will not add a preservative, and which understands all must be THAWED and MIXED before aliquoting it. If the urine aliquot/sample is sent elsewhere, it needs to be sent FROZEN to be thawed before measured, and the total amount of urine that was presented needs to be recorded.


Another test that is used extensively for the measurement of cortisol, especially with diurnal variation or lack of, is serum cortisol. This one is pretty straight forward as long as the person reading the lab results understands what they really mean.

An awake midnight concentration of cortisol in plasma of more than 207
nmol/L differentiates between Cushing’s syndrome and other causes of
hypercortisolaemia but can miss mild disease diagnosis in about 7% of cases.
(The conversion factor of μg/dL x 27.6 = nmol/L)

Essentially, serum cortisols only have valid ranges for the 8 a.m. and 4 p.m. time periods in most labs. The research and leading endocrinologists acknowledge the validity of midnight serum cortisols, also. So, as I said before, the 8 a.m. should be the highest of the three, with the 4 p.m. about half of the 8 a.m. value. The midnight value should be close to zero.


The problem is that the labs don't know about the midnight range (uh...zero), so IF one can find a lab willing to draw a midnight serum cortisol fairly frequently for testing, they won't know to put "zero" on the range and flag it as high if it's above that. 7.5 μg/dL (207 nmol/L) is diagnostically high. If you have someone ordering tests for you who does not understand this, you may get a call saying "it was normal". Ask for the actual report.


As for the bloodwork itself, it should be drawn into a red-top or green-top tube. However, all is not lost if another tube is used. Most of the time, it can be used anyhow for this test. Temperature really isn't a factor if the test is run in a timely manner. The serum needs to be separated from the cells and the sample cannot be anticoagulated. If it's not run within an hour, this should be done and the serum refrigerated up to 24 hours or frozen if longer.


A third test that is important in the diagnosing of Cushing's and differentiating between types is Adrenocorticotropic Hormone (ACTH). The lab technician must use an EDTA (lavender top) plasma tube only! Collection in nonsiliconized tubes can result in falsely low results as ACTH adheres to glass. It needs to be mixed by inversion and centrifuged immediately after collection. IT MUST NOT GET WARM. The tubes should be on ice prior to drawing the blood, and put immediately back in the ice until it is separated and then frozen. The plasma must be separated and frozen immediately. If it is shipped, it should be shipped on dry ice while still frozen. ACTH breaks down easily in heat, and if not collected and preserved on ice, proteolysis (degradation of proteins by cellular enzymes) can reduce the plasma concentration.


The salivary cortisol test is another test used very similarly to the serum cortisol tests. It, too, can help show diurnal rhythm (or lack thereof). The protocol is pretty simple and straight-forward regardless of the lab. There are only a few labs who use an FDA approved test for these salivary cortisol levels. The labs are Esoterix, ACL Laboratories, LabCorp (who now owns Esoterix), and Quest. It is very easy for a doctor to set up an account with any of these and order the testing kits for patients. The patient simply collects "spit" until s/he gathers enough for the container or "salivette". Some of the labs use a tampon-like material (salivette) for the patient to soak with saliva and place in the tube. Both methods of collection are reliable. However, it is important that one does not touch the salivette with hands and should not eat, drink or rinse the mouth for thirty minutes prior to collection.


A word of caution. Although the cortisol supposedly does not break down very quickly, a number of us got much higher results when we first froze the samples, then shipped them overnight. Since bacteria will break down cortisol, it stands to reason this can happen with the salivary test, too.


What advice do I have for testing? You must be proactive in your testing process.

Don't be surprised if drawing blood is difficult. If you are one of the Cushies who has issues with that due to the affect of the cortisol on the veins, try to keep your arms warm and stay hydrated. My blood draws were very difficult on the best of days, and I was prepared for that. Warm bags of rice, a warm fleece jacket, or whatever it takes to keep those arms warm are helpful.
Well, the report card isn't in on the labs, yet, because the rubric hasn't been standardized, but you get an A for effort!!!


I apologize for missing a few days.  I was just too busy, which is a delight unto itself.